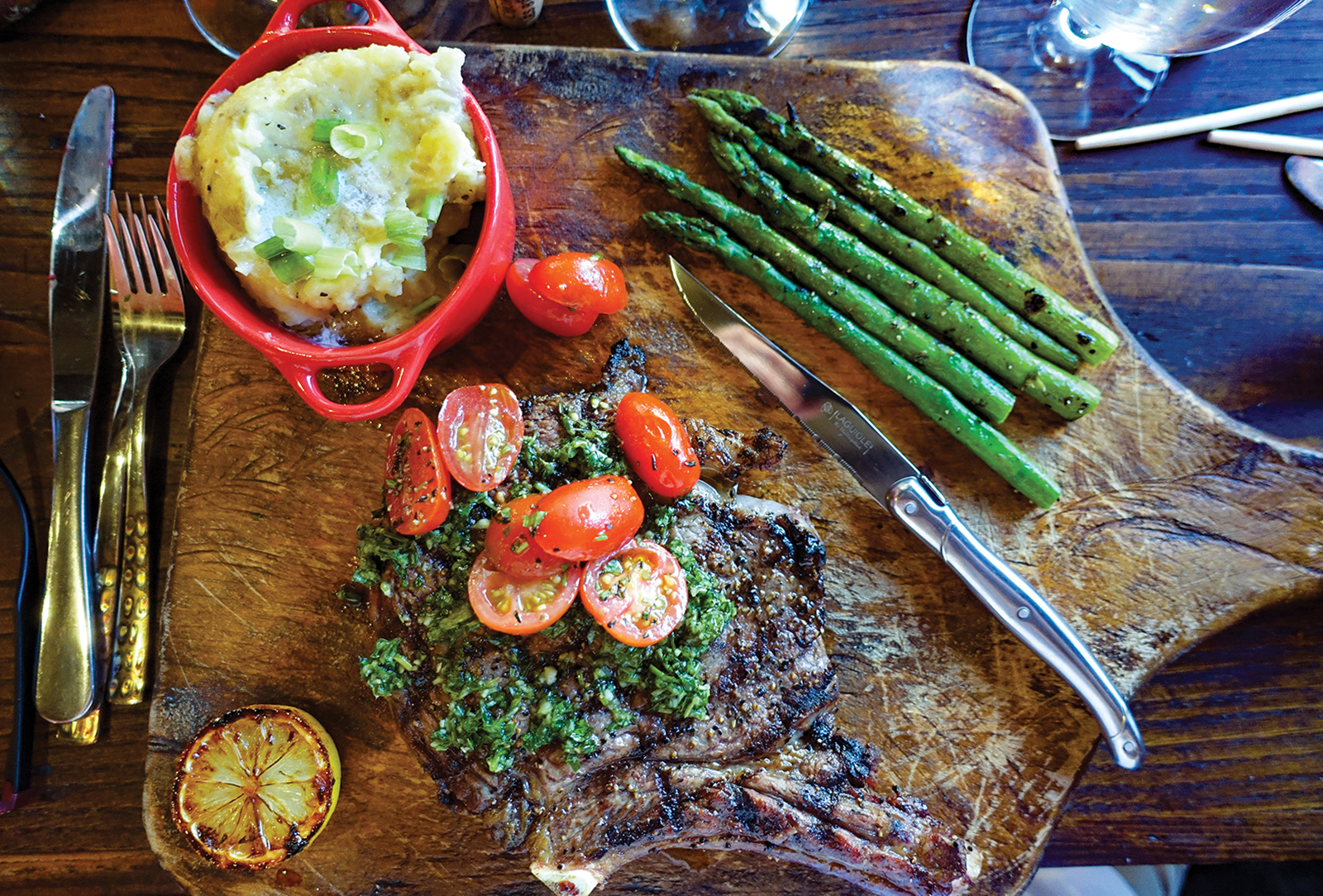 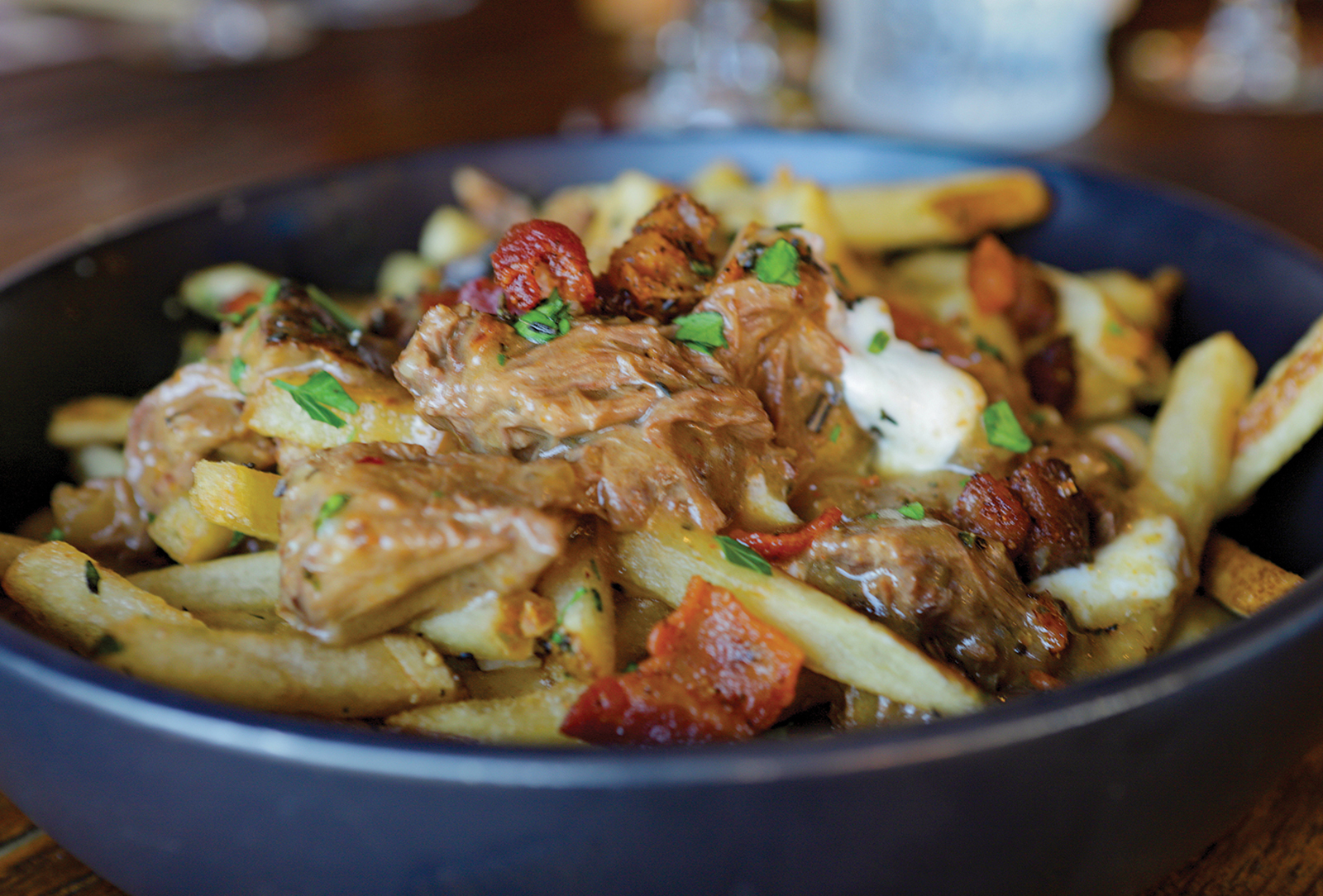 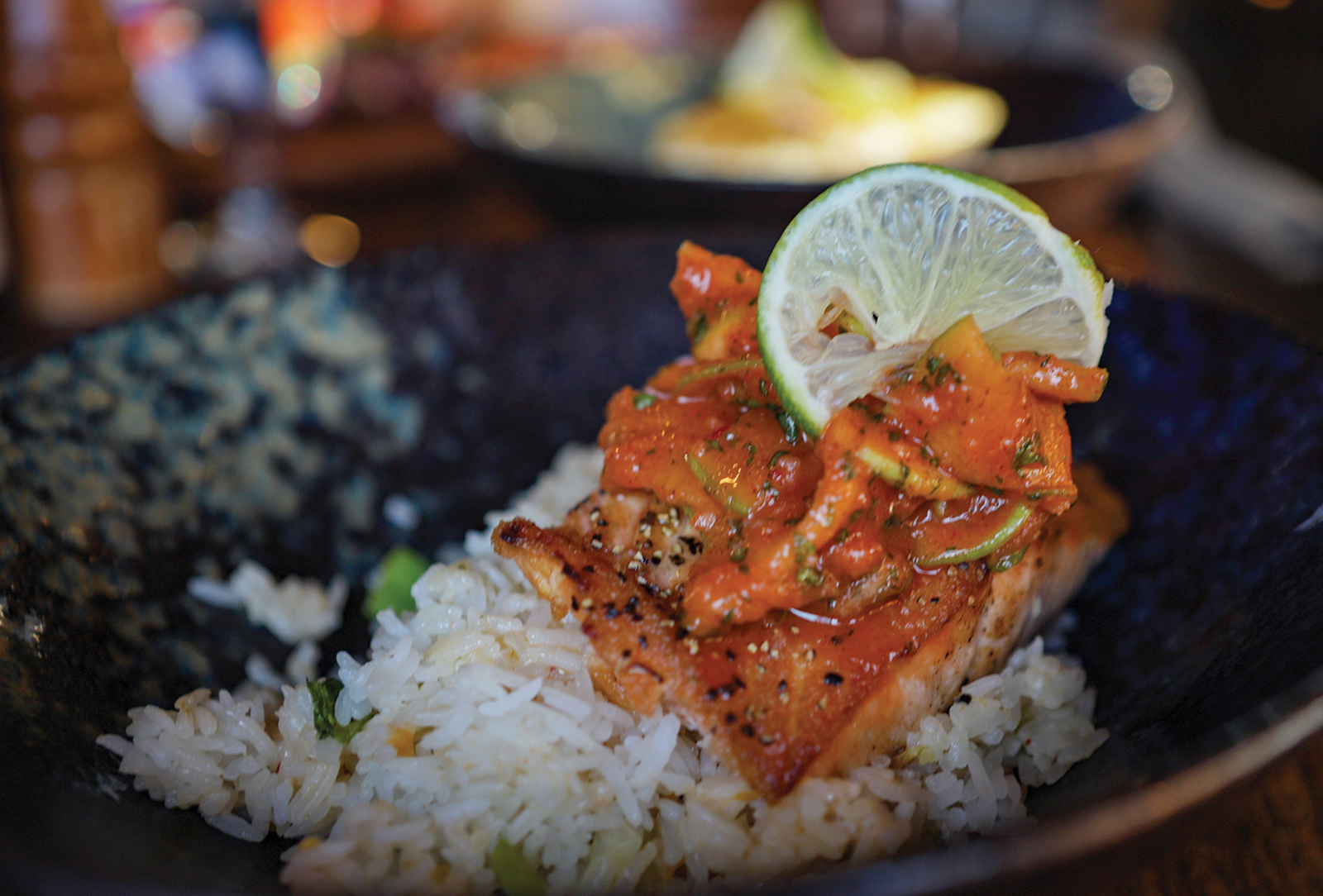 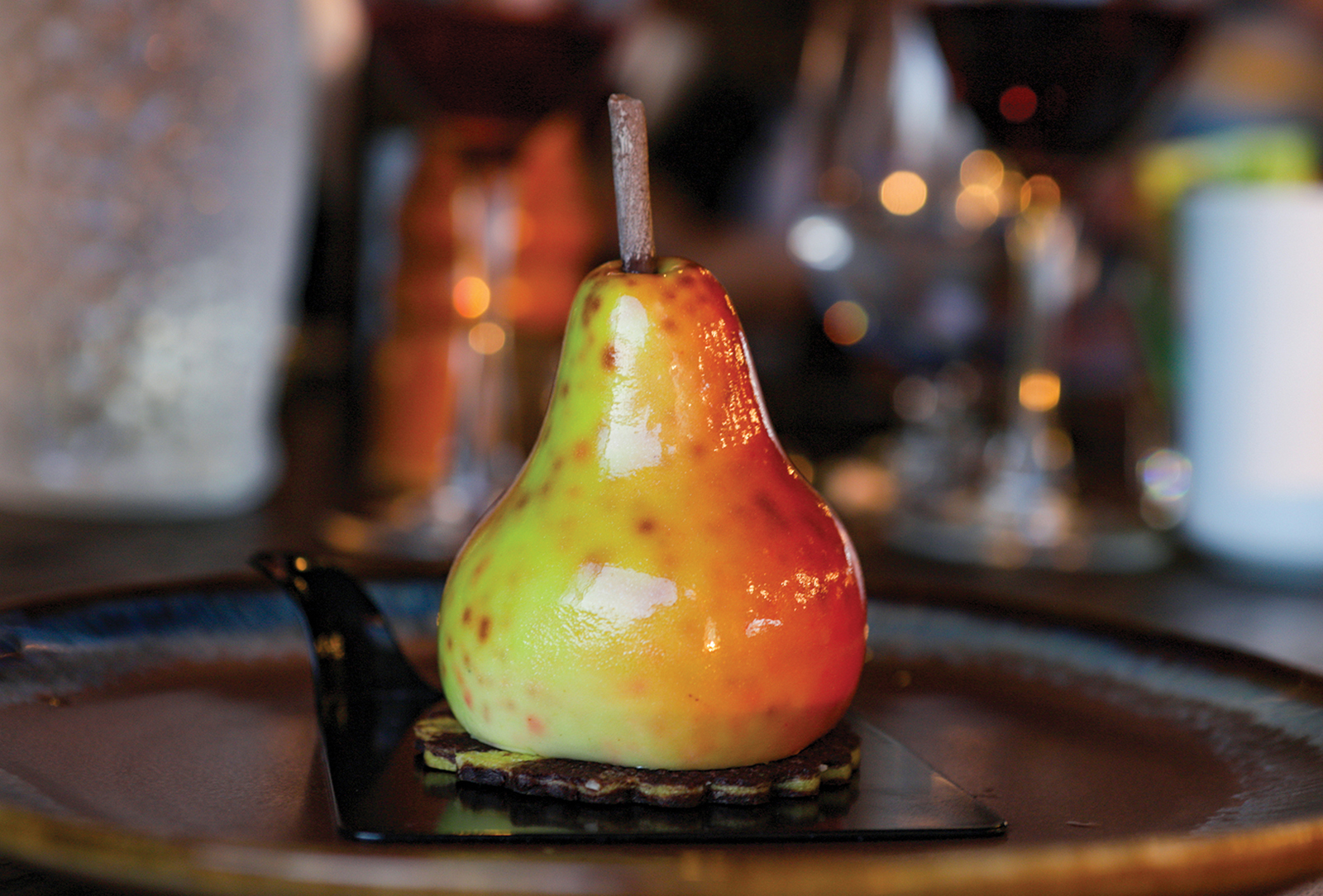 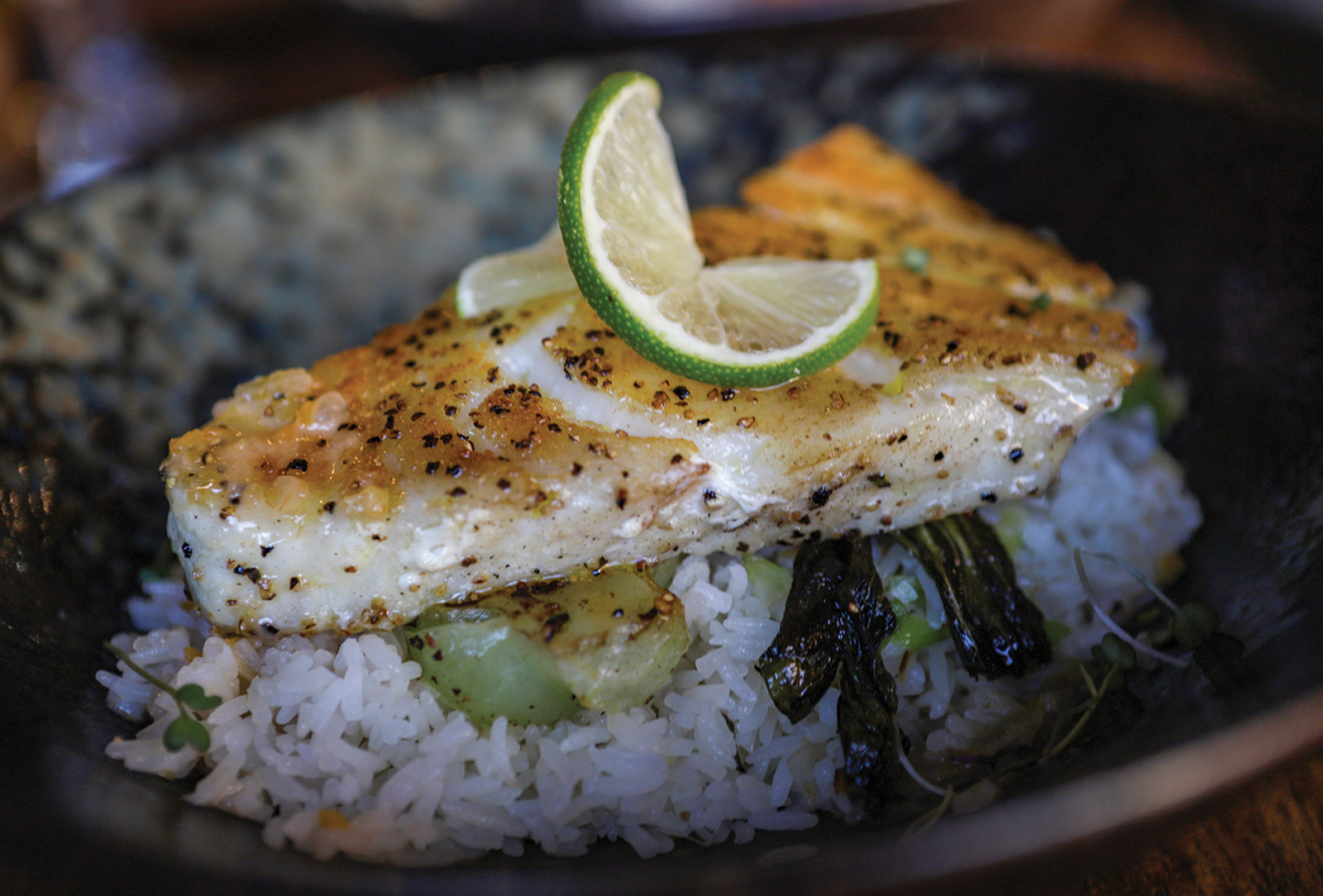 When Cyprus Restaurant, which brought an international flavor to the Highlands restaurant scene, closed at the beginning of the year, it left a hole.

Literally. That unique space, with its speakeasy-style pair of stairways and its remarkably indulgent patio overlooking Main Street, had become an essential part of downtown life. You could feel the energy of the place, even when you weren’t dining there.

So there was always an element of sadness to witness the darkened stairways and the patio furniture stacked up in the wake of its abrupt closing.

As testament to the robust nature of the Plateau’s restaurant community, a new place named Midpoint Highlands has sprung Phoenix-like from the ashes of Cyprus. And thanks to a compelling new menu and impeccable service, it makes a bold case for front-runner status.

But before I get too lost in describing Midpoint and its lovely unhurried ambience and sweet front-house staff, before we dive into the menu, let me impart one unassailable truth that you as a diner must recognize – You have to order dessert.

Of course, that’s usually implicit in every review I turn in, but sometimes I’ll get to talking about things like entrees and service and atmosphere, only to discover that I’ve blown the word count and and have three lines to mention the desserts and the restaurant’s contact information.

Perhaps you’re one of those people who just doesn’t like desserts. (And though it violates Laurel’s genial and community-friendly style, I have to ask, “What kind of American are you?”)

You might be like one of those saints from long ago, panting after martyrdom, who, when the guard shows up to lead you to the lions, declares in a loud voice, “If you try to silence me, you’ll have to also silence all of my brothers and sisters.”

Even though everyone else was hoping to get off with a simple lecture and a stern warning.

Although in this instance, you say to your dining companion, “Why don’t we just split a dessert?”

How are they supposed to answer that one? (Although I’ll tell you how they want to answer: “Get you own damned dessert!”)

Each is crafted by Pastry Chef Oksana and each is a work of breathtaking beauty. They’re arrayed in a glass case like a set of bijoux in a Tiffany’s window display, as irresistible as the legendary Night of Desirable Objects fishing lure.

For myself, it was the Pumpkin Patch Petit Gateaux – White Chocolate Creme, Blackcurrant Confit, Caramel, Milk Chocolate Mousse, and Vanilla Cake. (I’m writing this in September to you in October, can there be a sweeter celebration of the season than a pumpkin-shaped indulgence?)

We both gazed at our selections for a charged second before sliding our forks through them, and I confess to the slightest pang of regret at ruining Oksana’s little jewel of a confection. Slightest.

There’s a reason I’ve moved the dessert portion of this review to the top. You owe it to yourself to discover why I’ve made this decision.

Of course, this sweet, sweet end of the evening came after a full round of appetizers and entrees.

My sweetie ordered the Summer Salad, which I hope remains on the menu through the autumn season. It’s a beguiling assemblage of Arugula, Frisée (that curly Endive that usually remains on the sidelines of salads or entrees), Blush Pink Pickled Beets (!), Goat Cheese, and a Lemongrass Dressing. If it’s still on the menu, try it and see if it doesn’t feel like a postcard from a friend on a lovely summer getaway.

I chose an enormous bowl of Poutine – a divine mashup of hand-cut Potatoes, Cheese Curds, and Bacon. I had a college roommate from Quebec, and during long winter nights he’d go on and on about the extravagant comfort found in a serving of Poutine. I finally get it. This is something to carry with you as chilly October shades into bracing November.

Tricia ordered Cambodian-Curried Sea Bass, perched atop a bed of Bok Choy and gently-scented Jasmine Rice. If her Summer Salad was an unabashed shout-out to the sunniest season, this entree is a reflection of autumn itself, subtle and nuanced and built upon a careful blending of sensation. This was clearly crafted with care and it deserves to be savored with attention and appreciation.

Well, since I claimed no bit of subtlety with my order of Poutine, I continued the theme with the Prime Rib Eye, a mammoth slab of Kobe Beef served alongside Grilled Asparagus and a generous plop of Yukon Gold Mashed Potatoes. If you go with this route, make sure you ask for it Rare or Medium Rare – you don’t want this flensed of its natural flavoring, since the chef serves it up with a dusting of Gremolata (that unique blend of Parsley, Garlic and Lemon Zest).

Which brings us back to the desserts, which work on so many levels. Do not miss them!